A Snoop Too Far

A couple of weeks ago I was visiting a garden that is rarely open to the public. For a few days each year the owners gamely allow people the run of the place, and they give the takings to charity. It is a beautiful piece of Ireland, with water and woodland, and the daintiest walled garden I’ve ever seen. 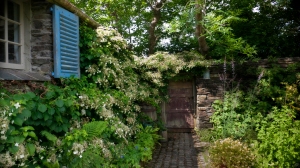 There was much to see in the extensive acreage: a polytunnel crammed with vegetables, more vegetables in the walled garden, congenially intermingled with perennials; a gravelly courtyard, where plantings of the pinky-grey-spired toadflax ‘Canon Went’ swayed in the breeze in a most agreeable manner; an avenue of chalky-barked birch; a boathouse overlooking a tidal river; a compost area with dark and crumbly vintage humus. A display of newly planted nasturtiums, in twenty-four pots, was just one of many pieces of evidence that this space was continually and carefully gardened.

There was, as I said, so much to see. My fellow visitor and I dodged and darted from tableau to vista, oohing and aahing with delight. We ran into another couple several times, sharing with them our cries of appreciation (as you do when you’re visiting a private property and are feeling a little awkward). “Isn’t it lovely!” we gushed, and “Oh! Look at that!”

Despite our moments of mutual enthusiasm, I wasn’t paying much attention to them, until this interchange: “Is there anything up there?”, I asked one of them, as we passed on a narrow corner. “Oh, yes! You can see right in the window!”, she exclaimed. And indeed you could: there, for all the world to see (or those who had paid their contribution at the gate, and were bent on pressing their noses against the glass), was a view of the owners’ private space. I remembered the words of a friend who opens her garden, and who is fed up with the nose-marks on her kitchen window: “Sometimes I feel like leaving a sheep’s head on the table.”

After that, I kept an eye on Mr and Mrs Nosey Parker, watching them move around the exterior of the house and clinging to the panes like those sucker-toed toys that you see stuck to the windows of cars. 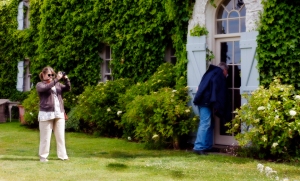 Their curiosity was undisguised and unending. It reminded me of the need for a Garden Visitors’ Code of Behaviour (there’s a parallel code required for certain garden owners, but that’s for another day). It is something I’ve written about on occasion in my Irish Times column, and which I’m wheeling out again here. 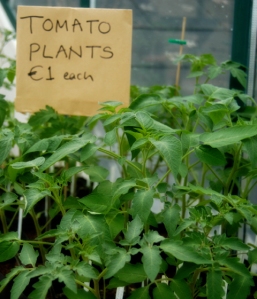 GARDEN VISITING: MINDING YOUR MANNERS
Many of the gardens that open in the summer are private spaces, just like the private spaces around your house and my house — only more assiduously tended. Some open for charity, some for vanity, and some to help defray the cost of garden upkeep. All deserve the same respect that we would accord to the most beautiful corner of our own garden. Therefore, a few words of advice:
— Go with an open mind: although you may not like all of what you see, there’s bound to be something that offers food for thought, or even inspiration. You won’t find it unless you look for it.
— Bring your camera and notebook: take pictures of plant combinations that you like, and note their names. But don’t take snaps of the garden owner without their permission. Chances are that if they’re in the garden they are gardening, and may not wish to be immortalised with aphids in their hair and rips in their clothes.
— Keep your criticisms to yourself, and don’t offer the owner unlooked-for advice on pruning, planting or anything else horticultural. And don’t mention the weeds.
— Ask questions, but be reasonable, it’s a garden visit, not a consultation. And try to resist telling anecdotes about your own plants and garden. The garden owner has heard it all before.
— Do keep children on a tight rein. Encourage them not to pick flowers, handle plants, run through borders, throw handfuls of gravel, splash in ponds or rearrange plant labels. Unfortunately, some children are just too lively to bring on garden visits, and their need to blow off steam cannot be accommodated in a carefully-kept space.
— Be honest. If there is an “honesty box” for you to pay the admission charge, do put the money in. Don’t steal plants, flowers, cuttings, or labels. Some gardens have plants for sale, so you may be able to buy the coveted plant. Often the owner will actually give you a cutting. Test the water with an investigative “is it easy from cuttings?”.
— Respect the owner’s privacy. Do observe the signs asking you not to pass certain points, and don’t look in windows, or wander into houses uninvited. Don’t turn up outside opening hours unless you have an appointment.
— Do praise the garden. If there’s something you like, say it. The owner has worked hard to present their precious space to people like you and me.

You are currently reading A Snoop Too Far at One Bean Row.